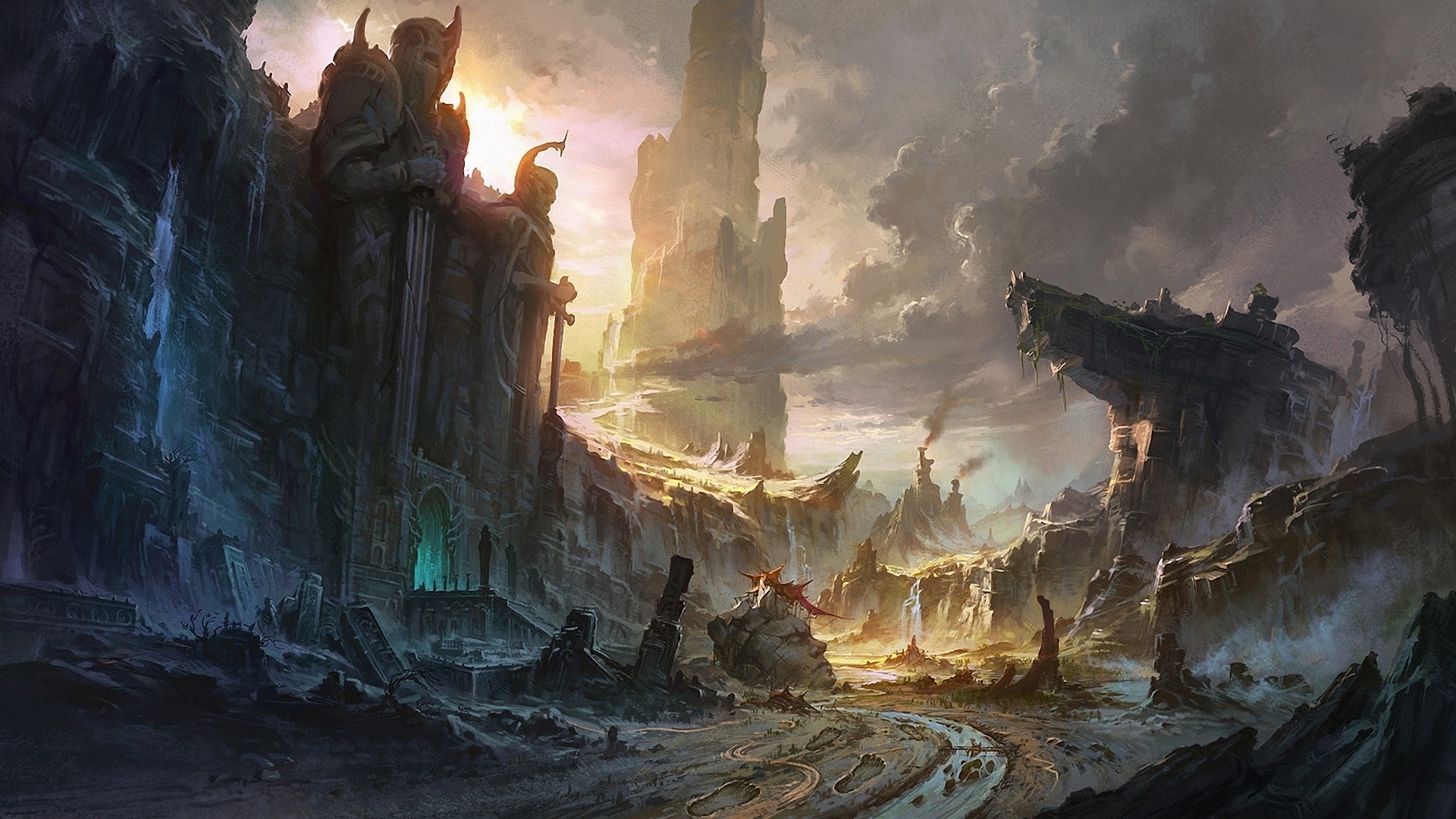 Welcome, Traveler. Welcome to our fine town. Nexus is a place of adventure from top to bottom. Every guild, clan, religion, and hungry freebooter is competing for fortune and glory. They swarm over the bones of a dead civilization and scheme and struggle for the choicest cuts. The winners at famed and fêted. Many simply die in obscurity.

For most adventurers who come to our town life is a short and brutal affair. They arrive, and driven by either desperation or bravado, proclaim their inevitable rise to fame and fortune. Their story is always the same. They will be the ones to return from the jungles of Chult with some legendary artifact. They will retire on the spoils, and the stories they tell will ensure they never buy their own drinks again.

Many who go into the depths of the jungle are not seen again. Of those that do return, most have lost their taste for the life. They disappear in the night leaving unfulfilled boasts and unpaid debts behind them.

Those that survive and stay on are easily recognized. They are a hard, practical lot. They trust their tools, their allies, and the coin in their pockets. They care little for titles, rank, or social niceties. They live to swap stories and indulge in their chosen poisons. They are tellers of impossible tales. Liars. Gamblers. Unpredictable. Mercurial. Living for the here and now because tomorrow they could die. Slowly. Messily. Alone. Another set of bones deep underground.

Most will simply disappear one day. Their luck will turn. Some monster will get the drop on them. A rope will break. A map will prove false and they will be lost. No small few will simply succumb to their chosen vice. They will be consumed and wither and die from either want or excess.

But you’re different. You will be one of the storied few. You are a legend just waiting to be told. You will be remembered as one who rose above the desperation, hunger, and greed. A shining paragon of bravery, prudence, and iron will. You will amass such great wealth, respect, and arcane power that you and your line will lead this poor, harrowed, corpse of a realm to greatness.

Now, if you’d care to get started, I happen to have recently come into possession of this map to a particularly rich find. Just the thing for a budding adventurer such as yourself. Practically littered with treasure. Small jaculi infestation, but nothing you can’t handle. A pittance at 20 coin. No, no Acquisitions Incorporated trade chits, thank you. I won’t be buying from the Company Store. This is my last exchange in Nexus. I’m headed home.

What? No. No one else knows of this particular claim. Well, no one has returned at least… 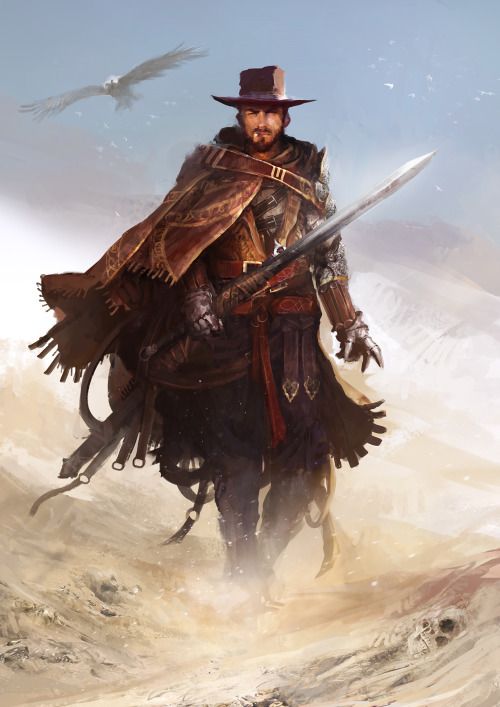 A Fistful of Dragons applies the mechanics and structure of Dungeons & Dragons 5th Edition to the oldest and most familiar role-playing game tropes and narrative: looting ancient tombs and slaying monsters. The game is about a band of thrill seekers having Swords and Sorcery adventures in the frontier of a fantasy world. There are monsters to slay, treasure to obtain, secrets of the past to uncover and jeweled thrones to tread under your booted heels. Your characters will fight and bleed and learn and grow in arcane power until they sweep the petty desires of the tawdry empires before them. Or they will die nameless deaths, alone and unremembered, in some empty tomb. Another fool on the road of Kings.

We play to find out which of these scenarios will happen, but also to discover if this is all there is. the world these characters inhabit is cold and has little place for dreamers or heroes. It is fundamentally broken, cruel, and vicious. Your characters are treasure hunters, mercenaries, and cultists taking any dirty job for coin. But how long will you live like this? Your race and class mean that your characters have the power to fight back. The question is will they do so, and are they willing to pay the price. In this world, perhaps only you can claim A Fistful of Dragons.

The general tone of the stories we tell should be in the vein of Robert E. Howard and Fritz Lieber. Your characters are hardy thrill seekers in a land of exotic wonders. You are not heroes: you are tomb robbers. Like those characters, you have a particular knack for survival.

Aesthetically, A Fistful of Dragons draws from the Western. Especially Revisionist Westerns. Boomtowns and hucksters. A lawless frontier where those who have money and influence rule. Well-armed and highly trained individuals wandering the wastes, looking for coin, love, vengeance, or atonement. Conan the Barbarian meets the Good, the Bad, and the Ugly.

In keeping with this, for landscapes, go with sandstone mesas, redwood forests, and glacial peaks. Yosemite, Yellowstone, and Arches National parks all rolled into one. Sergio Leone and John Ford should be your inspiration. Also, the MMO WildStar and the Playstation RPG series Wild Arms with their unique mélange of Western, Fantasy, and ancient technology. Vampire Hunter D works here too. Joe Abercrombie’s Red Country is another example of the Fantasy/Western hybrid.

When you get into dungeons, the tone changes. The key here is alien. Tomb robbing is a little like deep-sea diving. It’s plumbing a lightless and incredibly hostile environment. It is ancient, alien, and hungry. Look to Metroid, Aliens, and the Legend of Zelda. Dungeons are arcane computers the size of buildings. they were built with a purpose, and defenses, ages ago by powerful Dragons. You are petty thieves, treading into the homes of a race of dead gods. 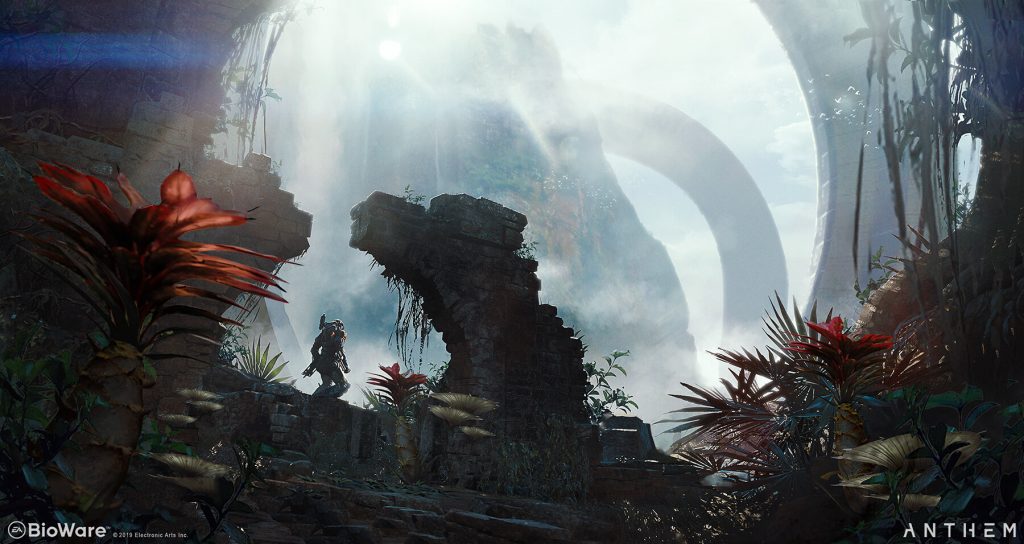 A Fistful of Dragons Comments