Master of The Keep

A little about the one called Buckle…

Buckle is six foot tall orc with calloused, scabby skin (akin to Deadpool). His skin tone is typical for an orc of his heritage. His ancestral tribe is “The Wilder:” an uncivilized tribe of barbarians that has been in this land (Northern Chult) far before the Dominion, and even before Port Nyanzaru was founded. Before the great war, “The Wilder” were universally hated and hunted nearly to extinction. “The Wilder” are a rare sight these days, despite Arkhosia being their land.

Buckle himself (his name is grunt snort-snort gargle… which translates to “the buckle that holds a sword secure”) is a broad man. His shoulders are enormous giving him virtually no neck. He continually hunches over which makes him appear shorter and bulkier than he actually is. Disarmingly, people assume Buckle is a walking brute based on his physique. This proves deadly, as he is actually quite nimble and athletic when the situation calls for it.

Buckle’s enormous shoulders are draped in various animal skins and hydra scales cascading asymmetrically off his body. He has a thick, black hood made from the stomach lining of a Black Dragon. He only ever wears his hood up in the rain or when in a city/town. Buckle lets his shortsword dangle from his hip and jams his two handaxes into his belt around his back (under his furs). Strewn across his back is a worn backpack, an equally worn and frayed longbow, a quiver of barbed arrows, and a large, heavy-duty hunting trap (ideal for snatching large dinosaurs and holding them in place).

This junkpile of a man also has a weathered, sweaty odor that accompanies him. It is not downright offensive (Cha bonus is zero), but his hygiene is reflective of his preference for the wilderness over “civilization.”

Buckle is known (or perhaps infamous) for his homemade rations. He frequently carves up his prey (usually beasts of some kind) and cures what he can for “beef” jerky. Buckle’s rations are actually his herbalism at work. Along with the jerky, foraging poisonous berries, roots, and leaves, Buckle has mastered how to manufacture incredible cures, buffs, and other effects a la Medicine Man (see spellcasting).

Buckle was born and raised in the Chult wilderness. A Dominion cadre came by his tribal village when Buckle was barely walking and annihilated his family and burnt their land. Cast aside and left for dead, Buckle was found by a Wemic (half lion) Druid named Drifter.
Drifter raised Buckle in the wild, showing him the Druidic arts and the importance of balance amongst nature. Drifter is the heart of the wilderness. He and Buckle frequently fought off and killed interlopers to protect the animals and plants of the region. They commonly found themselves battling the undead of the area, relegating them to certain hunting grounds (much like Drifter does with natural predators).

It is during this time that Buckle stumbled across the Bog Man: an 8-foot tall humanoid that spreads disease and withers plants as it approaches. Despite Buckle’s belief that the Bog Man may be an undead, Drifter believes that it is actually a manifestation of the region… of Nature herself. The Bog Man could be a form of natural selection whose sole purpose is to rid the Wild Lands of all intelligent life.

It is precisely this reason that Buckle has ventured away from Drifter. Drifter senses that something cataclysmic is coming and the Bog Man is the focal point. Buckle has been tasked to hunt for treasure and clues in order to be better prepared for the coming Fog.
Drifter wanders the wilderness, but he leaves special tracks that only Buckle can track. Because of this, Buckle can always unerringly find Drifter and they can even somewhat communicate (simple things: like “danger” “undead” “severe weather approaching” etc etc) through tracks and traveling patterns.

Buckle is a ferocious, untrained warrior. He frequently kicks dirt into his opponents’ eyes, switches grips mid-fight, and tries his best to weaponize the jungle whenever he can. He will attack unarmed people, prone combatants, and has no issue stabbing someone in the back. Because of this, trained warriors often scoff at his flailing, brutal, underhanded tactics. Buckle usually does not take offense to this, he merely believes that it’s better to win a fight (at all costs) than to lose a fight because of honor or some personal code.

As previously mentioned, Buckle does not cast spells in the literal sense; he does not pray, sing , or summon divine powers. Instead, his extensive knowledge of local plants, animals, venoms, and muds allow him to manufacture certain effects.

Cure Wounds. Buckle does not pray and watch the wound self-repair. Instead, he chews up some bark and toad paste, stuffs it in the wound (like the dude from Gladiator) and waves smelling salts under the injured person’s nose. In game terms, it works exactly like a Cure Wounds spell would.

Jump. Similarly, Buckle has discovered a tree that flowers above the canopy of the jungle (impossible to retrieve without climbing up). This delicate leaf, when boiled down is the key ingredient to a tonic that essentially tightens a person’s leg muscles into rubber bands: allowing them to leap far greater distances. The substance is highly addictive (no game effects, but I wanted to put in a reason why he doesn’t just ALWAYS drink it). The effect (which functions exactly like a Jump spell) lasts about a minute.

What sorts of things will this character do during a jungle exploration?

Which of the other characters’ does your character trust, and why?

Why does your character want to stop the death curse? 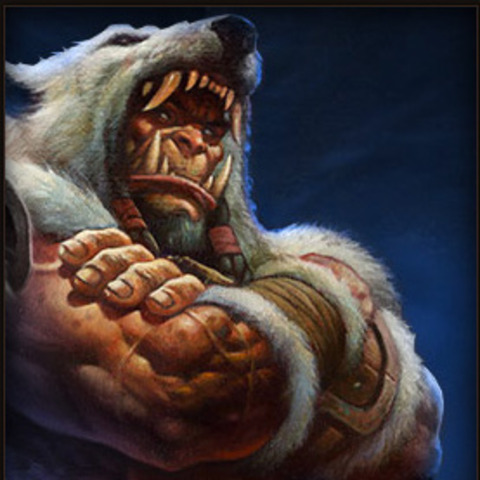