Explorer and prominent member of the Exiles

Dorian Walker is in great physical shape for a 77-year-old. Years on cheap ships without proper nutrition should have left him frail and killed him long ago, yet he remains hale and hearty—although he has a warforged arm and leg as a result of some of his most dangerous adventures. Many attribute his unnatural vigor to the exotic energies of the Dragon’s realm he discovered long ago.

Dorian Walker is the famous explorer responsible for discovering the lost continent of Arkhosia, and is considered a legendary figure among the Exiles. Cantankerous, stubborn, and fearless, Dorian has an almost limitless sense of adventure—and despite his advanced age, can still often be found out in the field, exploring the many wonders of Arkhosia.

During the Exiles’ long flight through the Fringe after the Dominion Civil War, Dorian Walker had become one of the their most reliable pathfinders—explorers who scouted the way leagues ahead of the fleet looking for threats or places to resupply. Having lost his wife to Smuggler’s Plague not long after they were married, Dorian had been forced to raise their son Kurt alone—and despite the hardships of life on the Fleet, the two became very close. But Dorian’s true obsession was Arkhosia, the legendary realm of the Dragons that had eluded discovery for more than two thousand years…

A famously stubborn individual, Walker never compromises or backs down from a challenge. Never afraid to speak his mind, Dorian has always been sure of himself and his beliefs, clearly shown through his dedication to discovering the legendary Dragons’ homeland despite the resistance and skepticism of his peers. This overconfidence often gets him in to trouble—especially in the dangerous, unexplored wilds of Arkhosia. 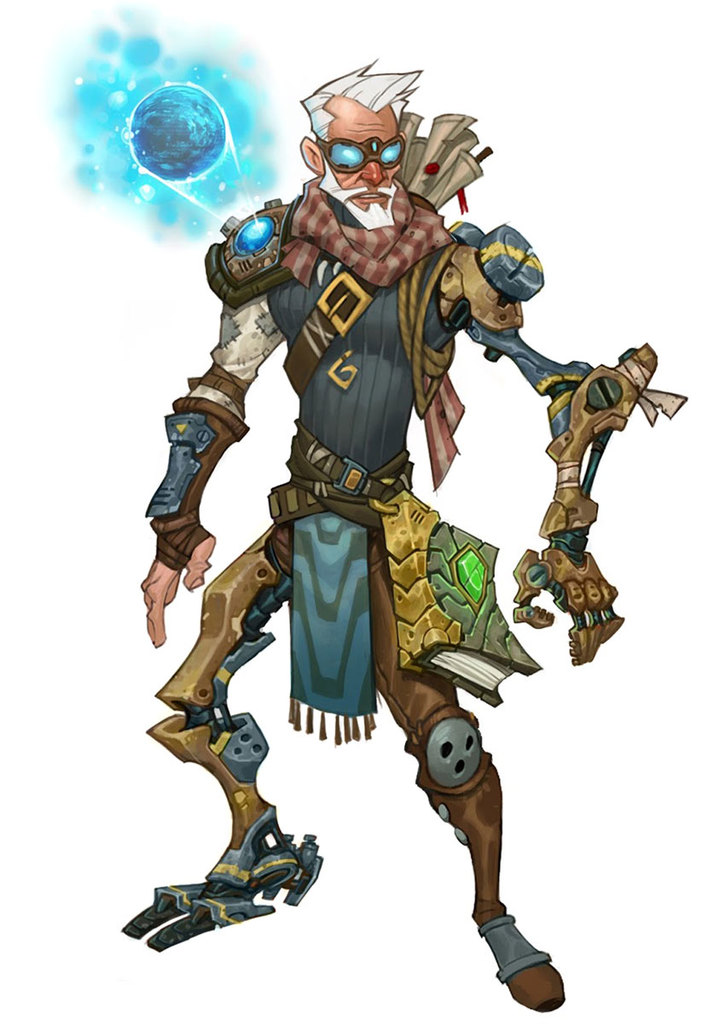