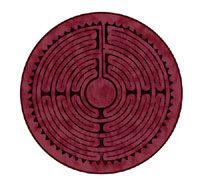 A central figure in Chult’s history is the greater god Ubtao, also known as the Great Spirit, who long protected the land and Chultan civilization. But Ubtao grew angry over his worshipers’ endless warring and their reliance on him to solve all their problems. More than a century ago, Ubtao simply abandoned Chult, and his influence hasn’t been felt there since that day. When he left, the Chultans suffered a crippling spiritual blow, but eventually the disunited, warring tribes learned to put aside their petty conflicts and unite as one people. To this day, the dinosaurs of Chult are still revered as Ubtao’s sacred children by many Chultans, even though Ubtao himself is no longer popular.